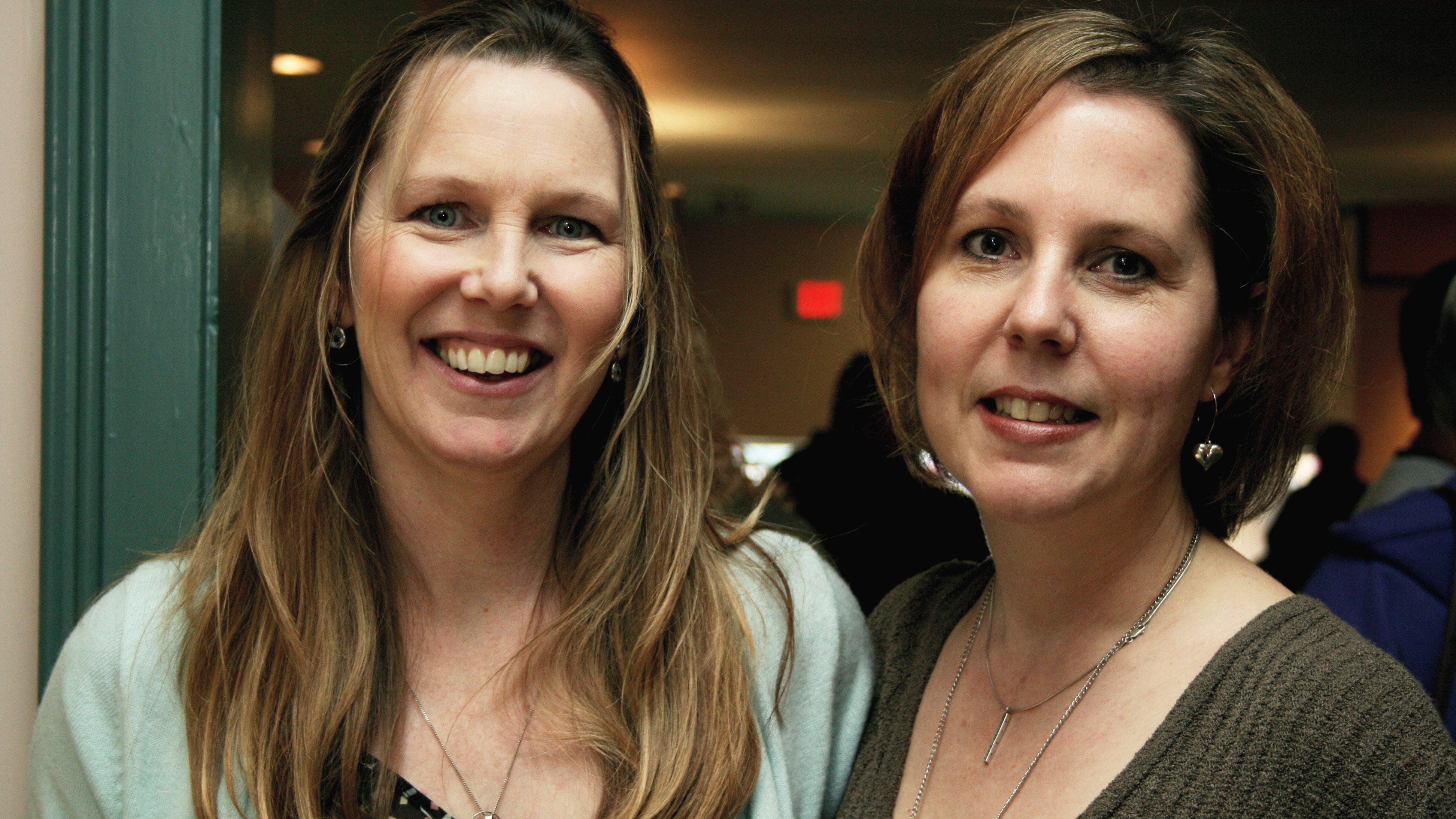 I would like to talk about the importance of establishing safe connections and developing trusted relationships. I would like to share with you a photo, that some may have already seen.

This is a piece of artwork that was drawn by my daughter Hayden when she was 16. Some of you may already be familiar with Hayden’s story. This piece of art is used with the FORCE’s Orientation Guide to Child, Youth and Family Mental Health and Substance Use Services, as well as several other projects. I would like to explain its history and highlight why its message is crucial to improving our mental health services.

When Hayden was 16, her mental health spiraled out of control as she underwent a series of anxiety attacks and depressive episodes. She was admitted several times at various hospitals, where she stayed for several weeks and eventually ended her own life.

Hayden was an artist and throughout her life she frequently reached to art to express her emotions and moods. In the last months of her life, her art work took on darker and darker themes. Rarely using color, she chose black tones instead, often with the theme of death or sadness.

In the months leading up to Hayden’s first hospital visit, she had developed a relationship with a high school guidance counsellor by the name of Jane. In the months that followed Jane and Hayden established trust and developed a very caring connection.

During one particular visit with Jane at the hospital, Hayden was working in her sketch book. Jane said to her, “Hayden would you draw me a picture of how I make you feel?”

The picture here is a result of this. This picture, which Hayden titled “Essence of Jane”, was one of the last pictures Hayden ever completed with color. And I believe it to be symbolic of the safe connection and trusted relationship that they shared, as well as the positive impact it had on Hayden’s life.

Hayden was often curled up tight in a blanket, ridden with anxiety in her last days – and it is apparent that the girl in this photo feels liberated as she unfurls her wings and stretches towards the sky. You can also see the words “Help” and “Safe” in the tassels coming off her sleeves.  This drawing of freedom and safety, as well as hope, was a representation of how Jane made my daughter feel.

The journey for Hayden and our family was complex and at often times incredibly despairing. We felt as if we were being shuffled from one place to the next, with minimal answers, and minimal follow ups or engagement around what was working and what wasn’t.

Without safe connections and well established trust with people we were working with, it was hard to feel fully supported. Although it was not intentional, the lack of engagement to create and sustain these relationships created barriers and gaps that were often detrimental to Hayden and our family’s overall progress.

In contrast to this, Hayden’s relationship with Jane was successful because of their established trust as well as her lack of judgment and eagerness to find new solutions tailored to Hayden rather than just making Hayden pick a solution.

I share all of this not to shame anyone or upset anyone about Hayden’s story, but to highlight a clear objective…We need to overcome the gaps and build a stronger bridge between, “services” and “relationships”.

Within the mental health system, we must prioritize establishing caring connections and continually developing the trust that exists within them.

If only one trusted relationship could transform Hayden’s artwork from haunting, death themed photos to this beautiful one filled with bright colours, imagine this factor multiplied throughout our entire mental health system.

Had there been more safe connections and trusted relationships along Hayden’s journey, there may have been not one picture like Jane’s, but many. And if we can build the bridge within our system to engage and continually establish trusting relationships between our families, our children and the people involved in their mental health, it will be more than just art work that we will transform.

The North Island Orientation Guide is dedicated to the memory of Hayden Blair Kozeletski and is illustrated with Hayden’s art.  Hayden was 16 yrs old when her life ended in December 2010.  The guide was originally developed through a partnership between Island Health and the FORCE, after a jury recommendation to the Coroner’s inquest into Hayden’s death.

Many FORCE/Institute of Families staff have formed a special bond with Barb Kozeletski in the years since Hayden’s passing and we feel honoured to be able to keep Hayden’s spirit and art alive with Barb and her family.

A revised guide was created in late 2016 to ensure that families would have access to current information and resources.  We are grateful to the continued support of Island Health to amend the guide and to the Doctors of BC for their local donation to have guides printed and available to families.